After a long and most unwelcome pause from live shows and touring due to the global pandemic, Lady A and much of the touring industry is with more energy than ever before — and a new arsenal of tools from Sennheiser: the new MM 445 super-cardioid microphone capsule. Lady A’s first official tour date at Mohegan Sun in Uncasville, CT on July 29th was a very emotional one — and not just for the production crew.

“I am never going to take an audience sing along or another show that I do for granted, because you never know when it is going to be your last one. I didn’t have that consideration when entering rehearsals,” observes Brett “Scoop” Blanden, front-of-house engineer for Lady A. He says that during the first show, the gravity of the situation was surreal: “I literally got tears in my eyes because it was so much larger than just me: It was the audience, it was the crew, the venue, the ticket takers. Everyone’s energy was unified, and that is not a social trend lately. It was so rich and overwhelming and emotional, that it was breathtaking.” 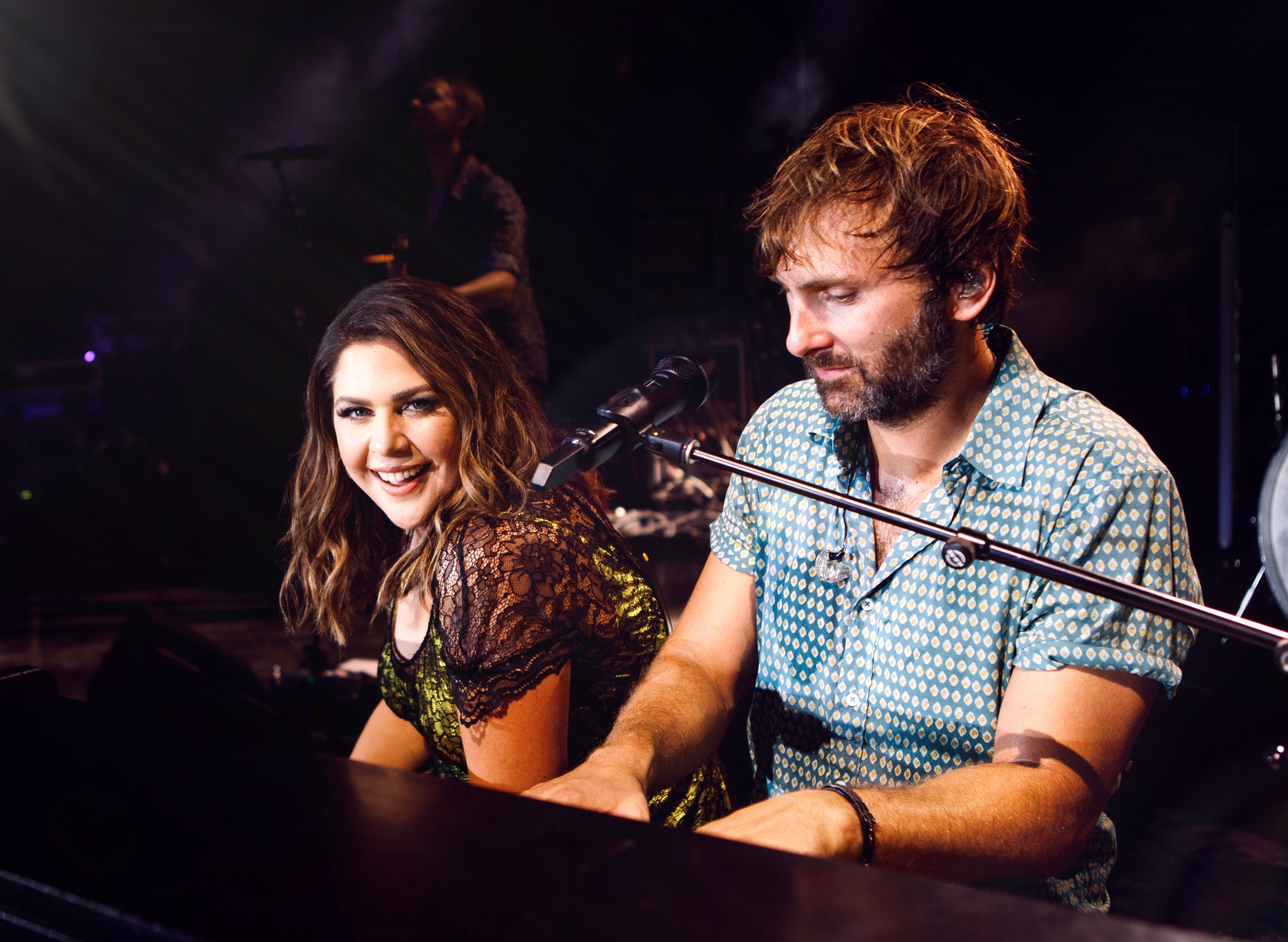 Fresh ears, new equipment
As unwelcome as the lockdown situation was, it afforded Blanden and his team time to explore new equipment options and new technologies — among them, the new MM 445 microphone capsule from Sennheiser. “During the pandemic, I’ve definitely tuned my ear into other things and tried some gear out that I normally don’t get to try on a fast-moving tour schedule. So this was a perfect time for us to give some new microphones a spin,” says Blanden. “Tim Moore of Sennheiser came along and told me about their new super-cardioid dynamic microphone,” he says. “Based on his past recommendations, I thought that was a great idea and I thought I’d give it a whirl.”

The Lady A production team tried the MD 445 against a stalwart competitor’s mic on the snare drum, which was handily replaced. “We gave it a whirl on a snare drum and it was great,” Blanden says. “If I had to guess, I think it reduced my hi-hat bleed on the snare by about 30 percent, and I got a nice, even rise in the top end of the frequency spectrum. In fact, some of the guys have commented on the road this year that they like the ‘air’ on the snare drum sound specifically. So this mic is already contributing to the big picture of our drum sound.” MM 445 capsule: front and center
One of the bigger decisions Blanden made as front-of-house engineer was to put all the Lady A principal vocalists on the new MM 445, with all of them running through the Sennheiser Digital 9000 Wireless System. “From a phase response and EQ and flavor perspective, it has usually been my decision to try keep all of our principal performance RF on the same capsule,” he says.

Blanden feels that the tight polar pattern of the MM 445 helps him achieve an even response across the frequency spectrum; particularly with lead vocalist Hillary Scott, who has excellent microphone technique: “Hillary’s vocal has a huge dynamic range and I like things to be organic and suffer less compression,” explains Blanden. “With such a dynamic range, that can often be an impossible flight path. But what I have found with the MD 445 and its tighter polar pattern, is that I am getting a more even frequency read on her at distance. I also feel like the 445 is not providing me as much low-mid buildup at proximity.”

Blanden also appreciates the tonal response of the MM 445 capsule: “I would describe the MM 445 as having a very even rise at the top end, and I would describe the frequency curve as very graceful,” he says. “This new capsule, combined with minimal signal processing, is providing me with a very good, even high-frequency read —  especially given her dynamic range.”

The acoustics of the MD 445 and MM 445 have been tailored to modern stage set-ups with B stages and runways in front of the PA. At the core of the acoustic design is a newly developed voice coil made of lightweight aluminium-copper. Its fast transient response ensures a very detailed, nuanced and transparent sound that is complemented by rich mid-range and bass. The sound is acoustically close, intimate and open, irrespective of how loud the instrument soundscape may be. Thanks to its high-rejection, super-cardioid pick-up pattern, the microphone has enormous gain before feedback. For monitor engineer Peter Bowman, it is all about bringing intelligibility and clarity to the performers. Bowman and the rest of the Lady A production team tend to make small, iterative adjustments to their sound set up each year: “I feel like every year, we get a little bit closer to perfection,” he says. As soon as he received the new MM 445 capsules, ”we liked them right away,” Bowman says. “I used blinged mics for Hillary, and then Charles had the gold-plated grille for his capsule, and I fitted the new capsules inside there.”

“We did a little bit of gain adjusting, but right out of the chute they sounded great,” he adds. “Part of the knowledge I gained during lockdown was to dial sonically more what Hillary needs in her ears, and the stars aligned with this new capsule from Sennheiser, and a new signal chain I developed for her vocal. I spoke to her last week and she said, ‘I am hearing myself better than I’ve ever heard myself.’ And she’s singing great.”

Lady A was one of the first globally touring bands to be on the Sennheiser Digital 9000 System, and they never looked back. “The Digital 9000s are awesome,” says Bowman. “This year we’ve got 18 channels of in ears, 16 channels of backline wireless and 10 channels of vocals.” 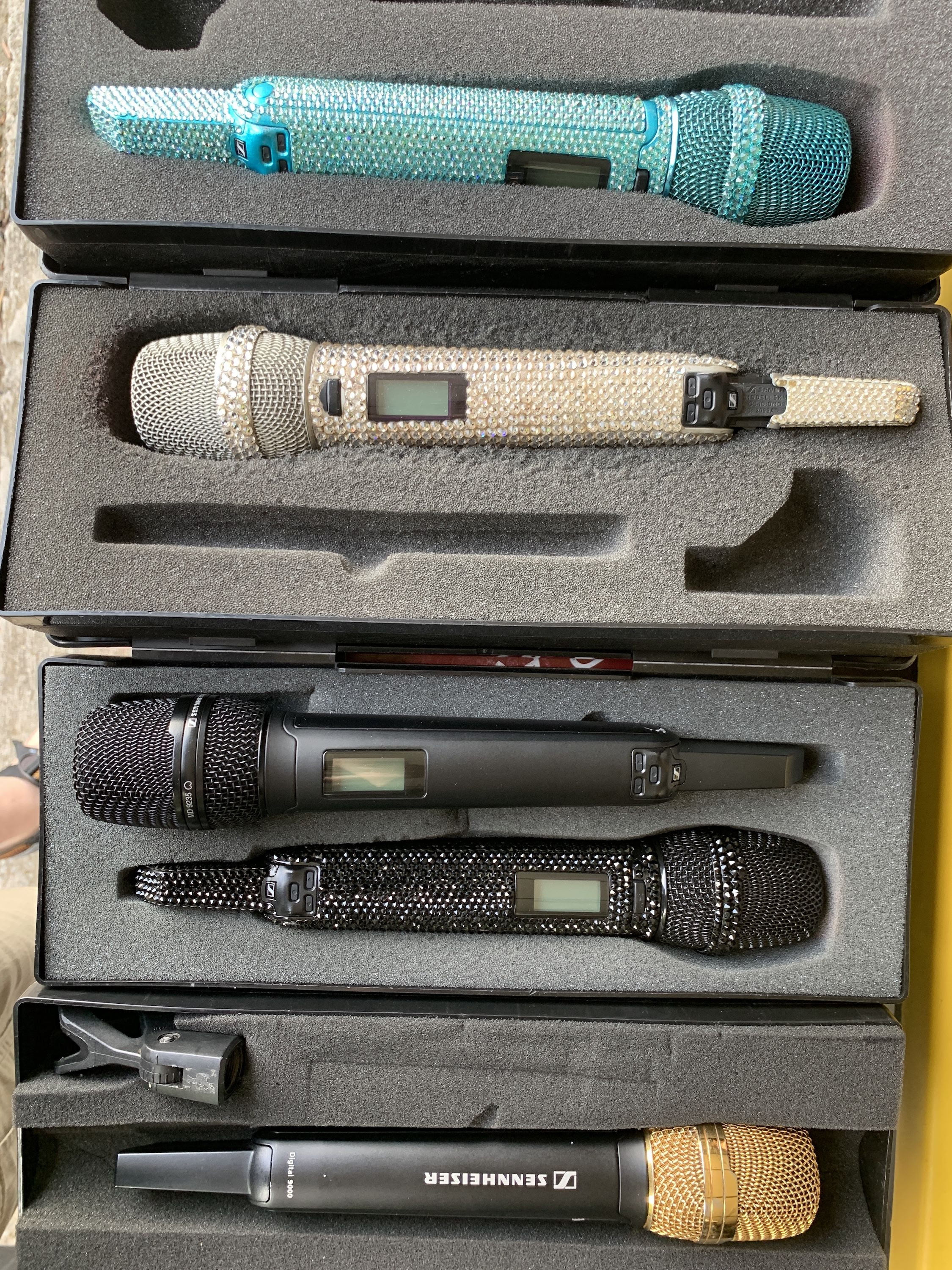 Live music back at the fore

Blanden says that it is great to see the return of live music and audiences re-energized: “The people that are coming out to shows really want to engage one another and live music,” he says. “I feel like the promoters we are working with and the venues we are playing are all being mindful of COVID compliance and doing their best to ensure that a healthy environment as possible can exist. We are really excited to be back on the road.”

That sentiment is often echoed by Lady A’s lead vocalist, Hillary Scott, who according to Scoop often says words to this effect to the audience each night: ‘You realize this night will never happen again, this night is unique.’

‘This is big’: how Sennheiser ensured world-class sound at the Eurovision Song Content 2018